A book "The Truth of the Turkestan Legion – between swastika and the red star" is being released for the 70th anniversary of the second world war. The author of this book is a researcher, scientist who has made an invaluable contribution to the development of science and culture of Kazakhstan, whose name is known among the Kazakhs of the world, doctor of historical Sciences, Professor of Mimar Sinan Fine Arts University – Abduakap Kara.

Turkish-speaking soldiers who took part in the Soviet army in World War II and were captured by the German fascists experienced one of the most horrific tragedies in the history of humankind. One of them is the Crimean writer Cengiz Dagci, whose literary works and life path have become the object of many studies. In this book Abduakap Kara, researcher of Mustafa Shokay's art, dwelt on the tragic fate of hundreds of thousands of soldiers in the incredibly difficult circumstances of their stay in the Turkestan Legion, which took place during the war through which they had to go and which Cengiz Dagci described in detail in his voluminous works.

The book is prepared for a wide range of readers.

The monograph was published with the financial support of the "Public Opinion Research Institute" in the book series of the journal "International studies. Society. Politics. Economics".
THE TRUTH OF THE TURKESTAN LEGION - BETWEEN SWASTIKA AND THE RED STAR 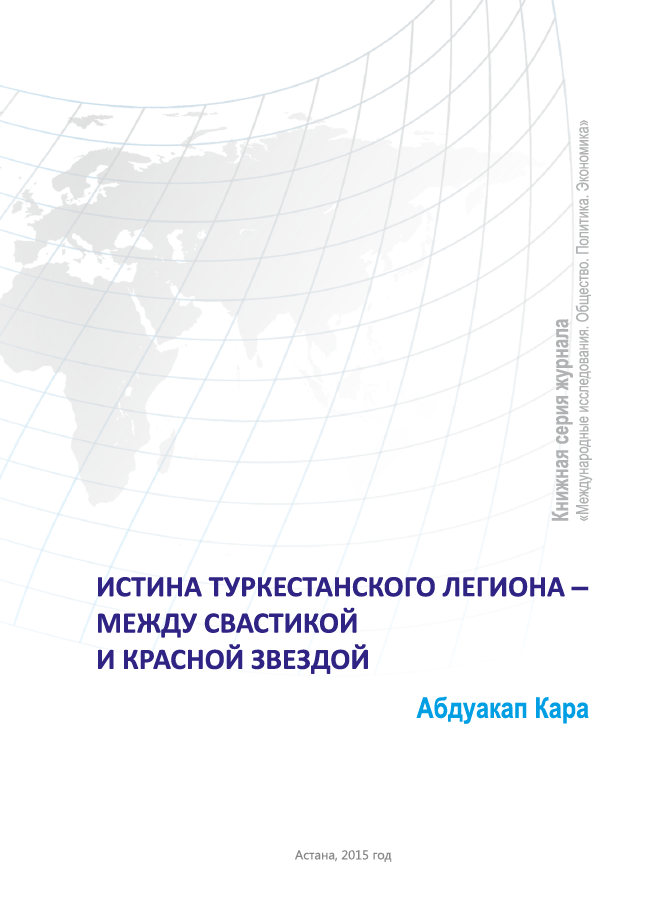 The publication contains main guidelines for applying the basics of conflict analysis and mediation in daily practice.

The author of the book is a Professor at Sofia University "St. Kliment Ohridski", an international expert of the Scientific and Expert Council of the Assembly of People of Kazakhstan, who has many years of experience in the field of conflict resolution, mediation, research on extremism and terrorism.

These methods were applied during a number of events conducted by a team of experts in the field of conflicts and mediation: International Scientific Workshop "Mediation in a multi-ethnic society: theory, experience, practice" held under the auspices of the Scientific and Expert Council of the Assembly of People of Kazakhstan (7-8 October 2011), Summer School "Methods of conflict research and management" (Aktau, June 18-23, 2012), International Summer School "Mediation in the field of inter-ethnic relations" (Bulgaria, Pomorye, July 15-26, 2012).

The book is prepared for a wide range of readers.

This publication contains materials of the international project "Modern interpretations of Alash Orda philosophy among the Kazakh Diaspora: status, assessment, lessons (socio-historical analysis)", commissioned by the Assembly of people of Kazakhstan and the National Welfare Fund Samruk-Kazyna.

The publication contains articles by scientists from Kazakhstan, Turkey, Russia, China, Germany, Austria, and France, the United States, Japan and interviews with experts.

In addition, interviews with descendants of ethnic Kazakhs who saw the famine in the 20-30s of the XX century are presented.
FLAME BURNING ETERNALLY 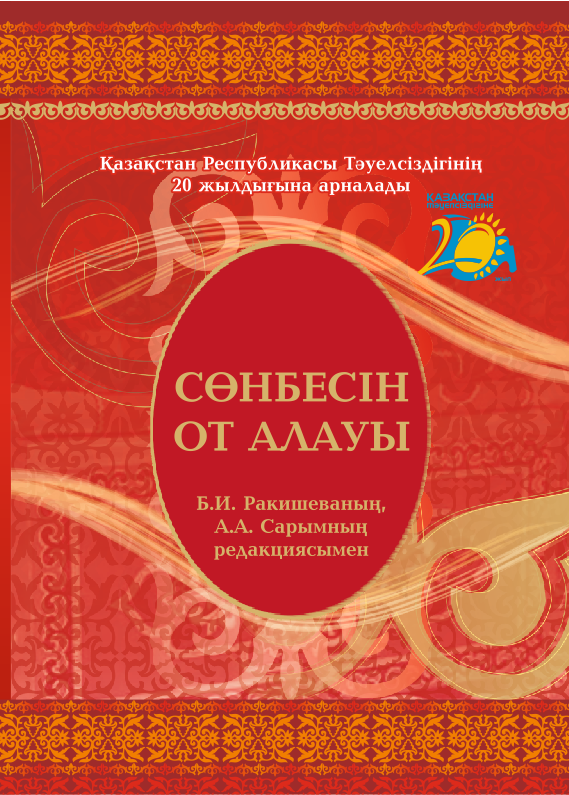 The publication was prepared with the support of Public Opinion Research Institute.

The texts of interviews conducted within the framework of the international project "Memory for the future", initiated by the Assembly of People of Kazakhstan and the Interstate Fund for humanitarian cooperation of the CIS member States in 2010 are published. 82 in-depth interviews were conducted with those deported to Kazakhstan in 1930-1950 and their family members (interviews were conducted in Kazakhstan, the Russian Federation, Armenia, Belarus, Uzbekistan, Azerbaijan, Germany, Moldova, and Turkey). Armenians, Azerbaijanis, Belarusians, Gagauzs, Germans, Poles, Greeks, Jews, Chechens, Ingush, Balkars, Crimean Tatars, Meskhetian Turks, Karachays, Koreans, Kurds who were deported to Kazakhstan and currently live in Kazakhstan and abroad were interviewed. Part of the interviews was conducted with residents who lived near the internally displaced people. The book also contains texts of interviews with research scientists from the Russian Federation, South Korea, the Great Britain, the United States, and Turkey. 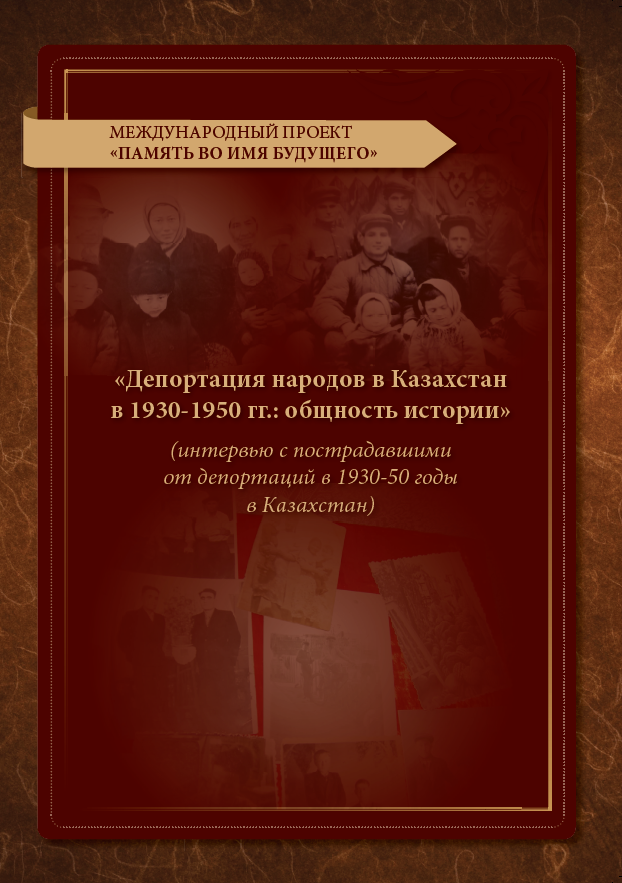 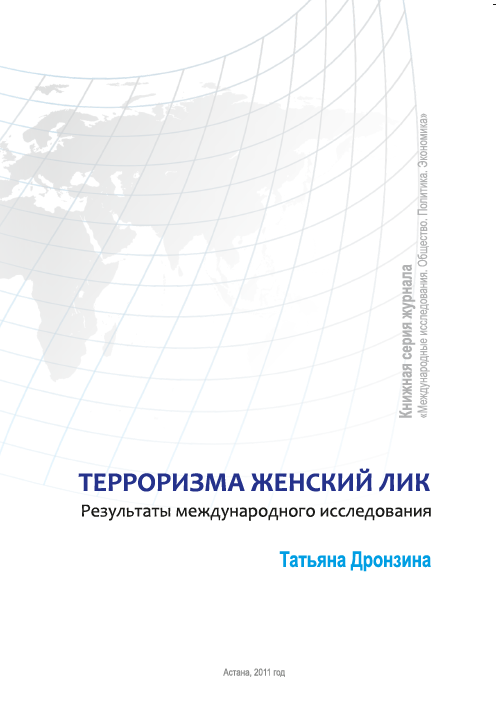 FEMALE FACE OF TERRORISM
Download the book
Download the book
Tilda Publishing
© Public Opinion Research Institute, 2013-2020
When using any materials, the reference to the website www.opinions.kz is obligatory!