In the "Research" section of the Institute's website, you can find the results of the sociological study "Educational migration from the Republic of Kazakhstan to the People's Republic of China as one of the aspects of strategic cooperation between countries (results of a sociological study). Authors of the book: Saule Koshanova, Botagoz Rakisheva. The book is prepared in Kazakh, Russian, Chinese and English. 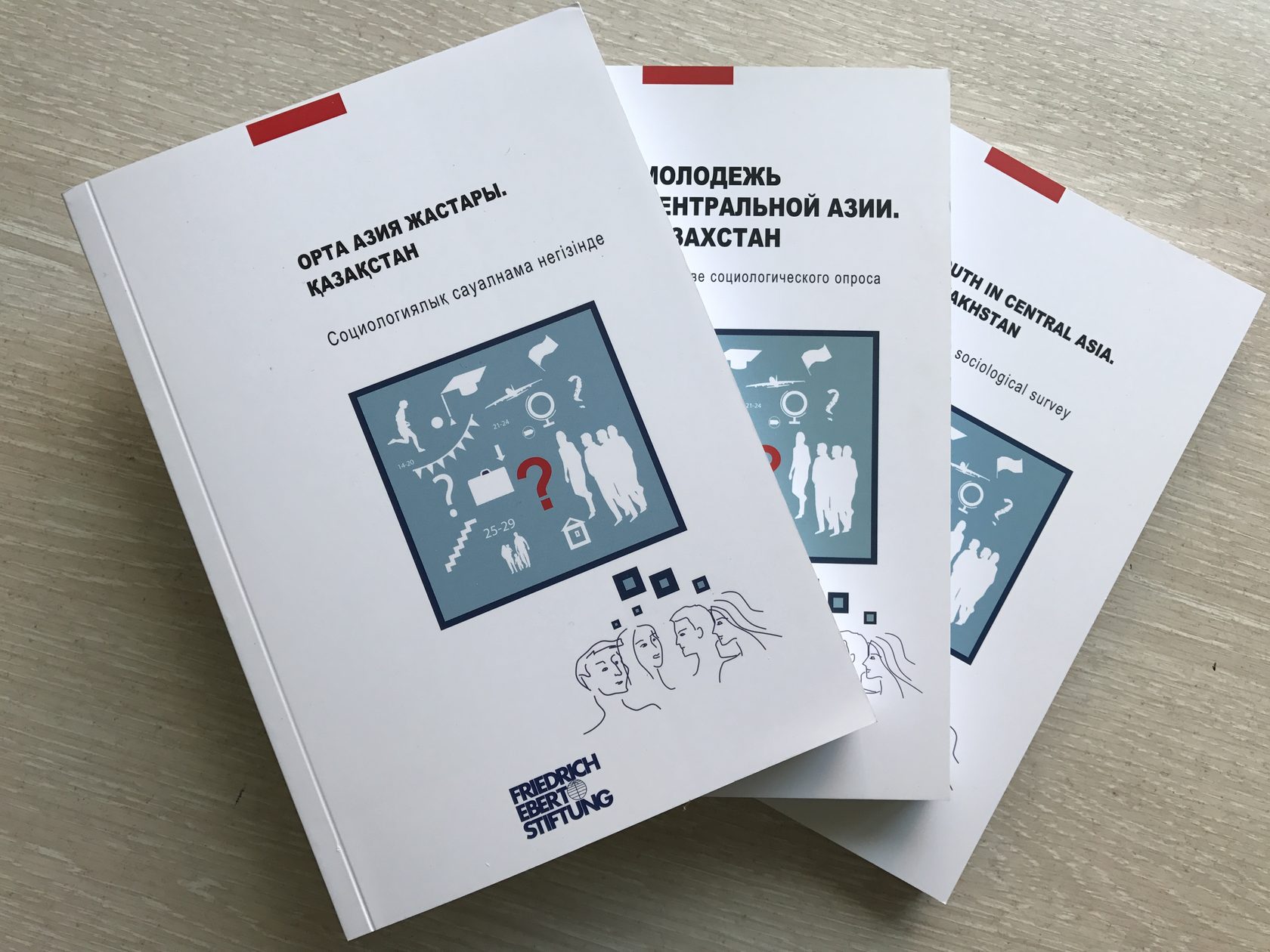 The Friedrich Ebert Foundation presents a series of publications entitled "Central Asian Youth". Publications were prepared based on the results of sociological studies conducted by the Public Opinion Research Institute in Kazakhstan, Kyrgyzstan, Uzbekistan and Tajikistan.

During the research, the Shell Youth Study methodology adapted to the conditions and peculiarities of the region was used. The focus of the survey was the youth of Central Asia, the main areas of her interests, dreams and plans, values, views and ideas, as well as the issues and problems that she faces in the process of socialization.

The first case study was initiated by Shell Energy Group in 1953 in Germany. Today, the results of the surveys held as part of the Shell Youth Study have already become a serious basis both for the development of youth research in various scientific fields in Germany, and for practical work with youth conducted by various public and state institutions.

Publications can be downloaded from the Friedrich Ebert Foundation website: http://www.fes-centralasia.org/ru/ffeh/ffeh-v-centralnoj-azii/youth-centralasia.html

On September 27, 2017, the Public Opinion Research Institute and the Kazakhstan Political Science Association organized an expert meeting with candidate of social sciences, Professor Tatyana Karabchuk, who works at the University of the United Arab Emirates and is the coordinator of Social Studies at the faculty. Tatyana also holds the post of Deputy Director of International Research Agency "Eurasian Monitor". Speech Topic: Analysis of Values in Modern Kazakhstan Based on the World Values Survey: Comparisons With Belarus, Kyrgyzstan, Uzbekistan and Russia

On September 21, 2017, the Public Opinion Research Institute held a presentation of the book "Memory from the Flames of Afghanistan: Interviews with Internationalist Warriors of the Afghan War of 1979-1989". The three-volume edition, edited by Marlene Laruelle, Botagoz Rakisheva, Gulden Ashkenova, is the result of three years of work by an international group of researchers from the USA, Kazakhstan, Tajikistan and Uzbekistan on the project "The Afghan War of 1979-1989. through the eyes of witnesses (Oral history)". The project was carried out by the Public Opinion Research Institute (Astana, Kazakhstan) and included conducting an oral history interview with internationalist warriors, participants in the war in Afghanistan and preparing a documentary movie.

The main objective of the project was to collect information about the Afghan war from its direct participants to preserve historical memory.

In total, 20 interviews were conducted in Uzbekistan, 31 interviews in Tajikistan, 21 interviews in Kazakhstan. The book uses photographs and documents from the private archives of internationalist warriors. The book was published by the Kazakhstan Institute for Strategic Studies under the President of the Republic of Kazakhstan.

At the presentation, the documentary film "Memory from the Flames of Afghanistan", shot during the project "The Afghan War of 1979-1989through the eyes of witnesses (Oral history)" was shown.

The presentation was attended by internationalist warriors, including project participants.

On June 14, 2017, an Expert meeting was held with a professor at Sofia University "St. Kliment Ohridski", an international mediator prof. Tatyana Dronzina, organized by the Public Opinion Research Institute and the Kazakhstan Association of Political Sciences. Professor T. Dronzina made a presentation "School mediation: problems and prospects", in which she spoke about the history of the emergence of school mediation, as well as the principles and rules for the use of mediation in schools, about the features of its implementation in schools with different statuses, and about working with parents. Also in the report, she touched on the specifics of introducing and applying school mediation in multiethnic schools as exemplified by Bulgarian schools.