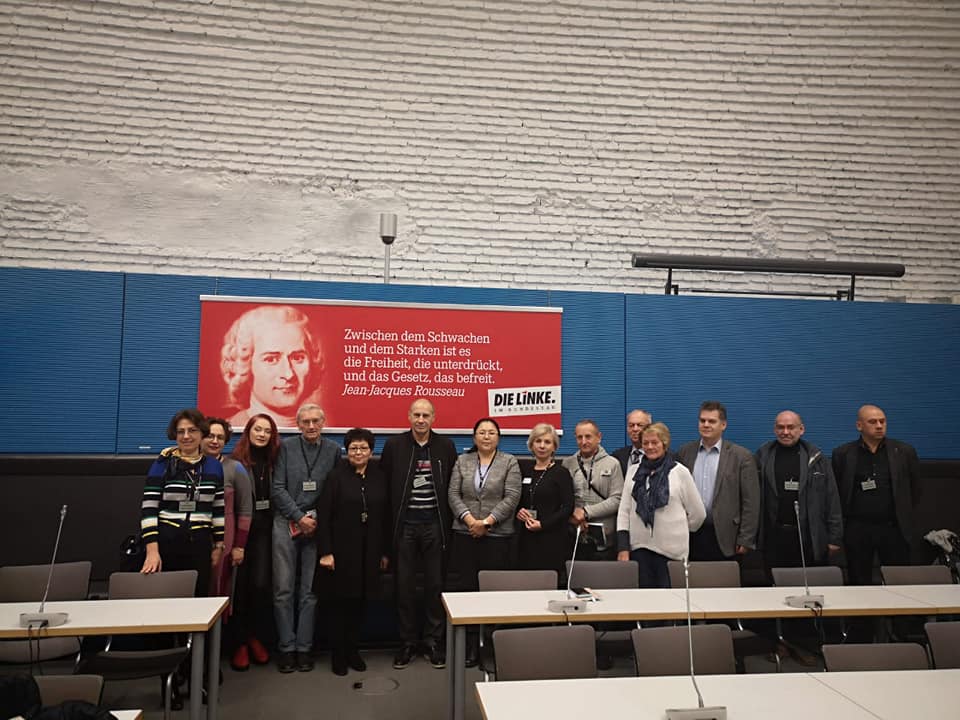 On December 2, 2019, Botagoz Rakisheva delivered a lecture "The Multinational State of Kazakhstan: National and Migration Policy" in the lecture hall of the Bundestag (Reichstag).
Many thanks to the German-Kazakhstani society, personally to Galina Nurtazinova, the Bundestag deputy Dr Andre Hahn, the head of the office of the German Bundestag MP Mr. Andre Nowak for organizing this lecture. 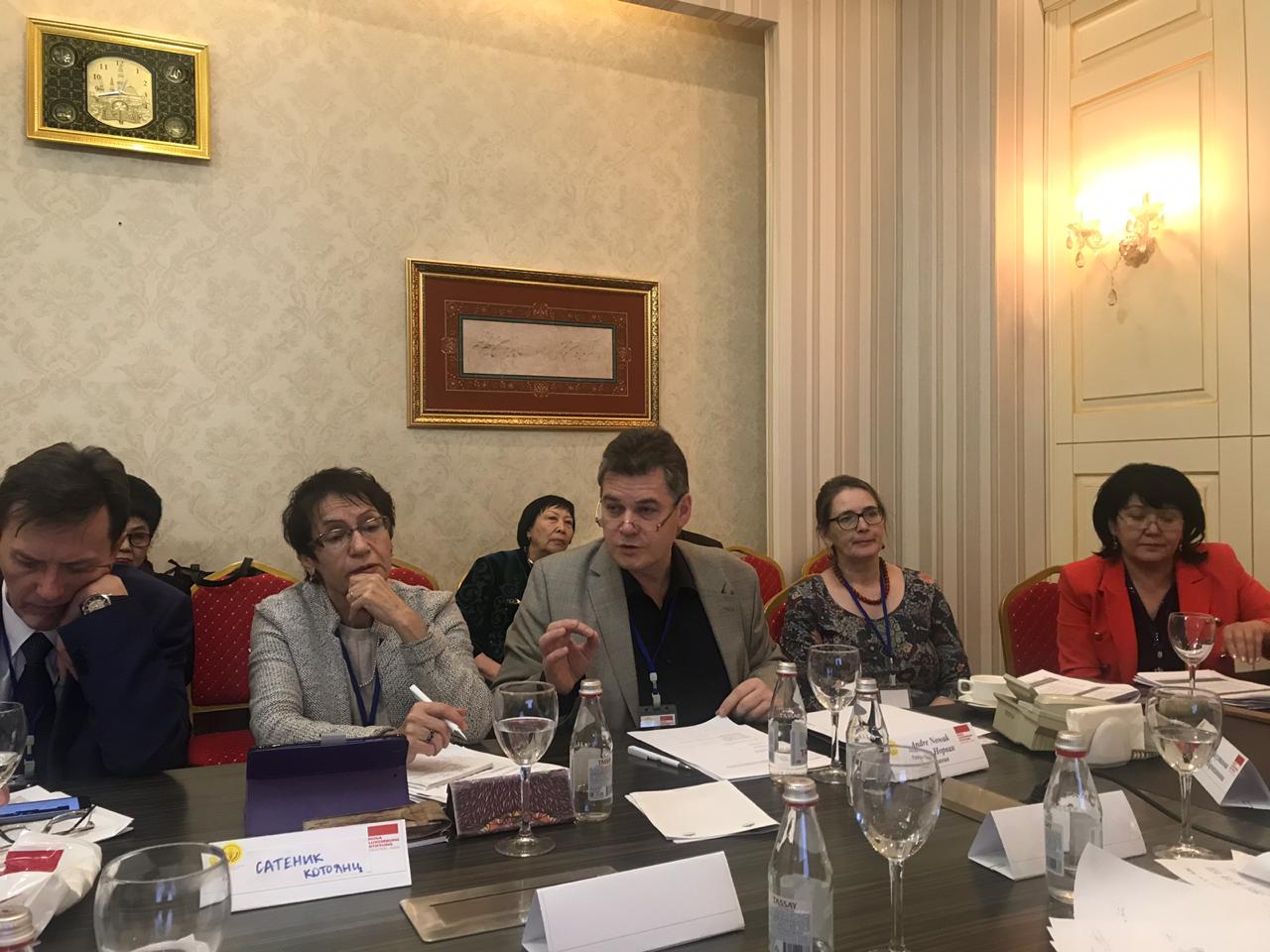 On November 29, 2019, the Representative Office of the Rosa Luxemburg Foundation (FRG) in Central Asia and the Public Foundation "Association of Doctors of Gerontologists of the Republic of Kazakhstan" held an international scientific and practical conference in Almaty on the topic "Kazakhstan's Index of Active Longevity as a Tool for Evaluating the Policy for the Elder Generation". The purpose of the scientific and practical conference: discussion of the problems of active longevity and the progress of the project "The Elder Generation of Central Asian Countries: Present and Future", supported by the Rosa Luxemburg Foundation in Central Asia. The basis of this project is the definition of the Index of Active Longevity in Kazakhstan, as a tool for assessing policies for the older generation, based on the results of a sociological study, in order to improve the provision of multilevel assistance to the population within the framework of state programs for the development of health care and modernization of social policy. The Executive Director of the Institute, Ainur Mazhitova, participated in the presentation of the results of a sociological study conducted by the Public Opinion Research Institute in collaboration with experts.

On November 27, 2019, Botagoz Rakisheva made a presentation "Social and Political Values of Central Asian Youth (Kazakhstan, Kyrgyzstan, Tajikistan, Uzbekistan)" at the international conference Youth Mobilization and Political Change. Participation, values, policies and discourses between East and West organized by ZOiS (Center for Eastern European and International Studies) in Berlin (Germany). 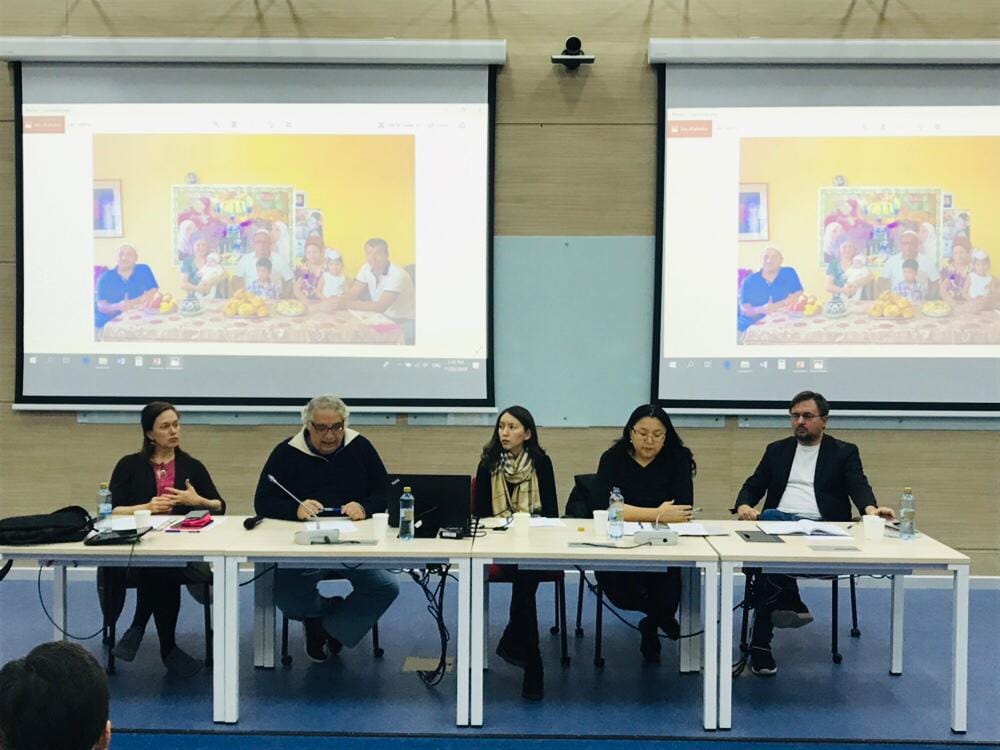 On November 18, 2019 in Nur Sultan, the international and national results of the third round of the The Programme for the International Assessment of Adult Competencies (PIAAC) were announced by an OECD expert and representatives of the National PIAAC Center in Kazakhstan (Information Analitycal Center). The Public Opinion Research Institute within the framework of the project carried out a testing project and part of the main field study. https://www.oecd.org/skills/piaac/ 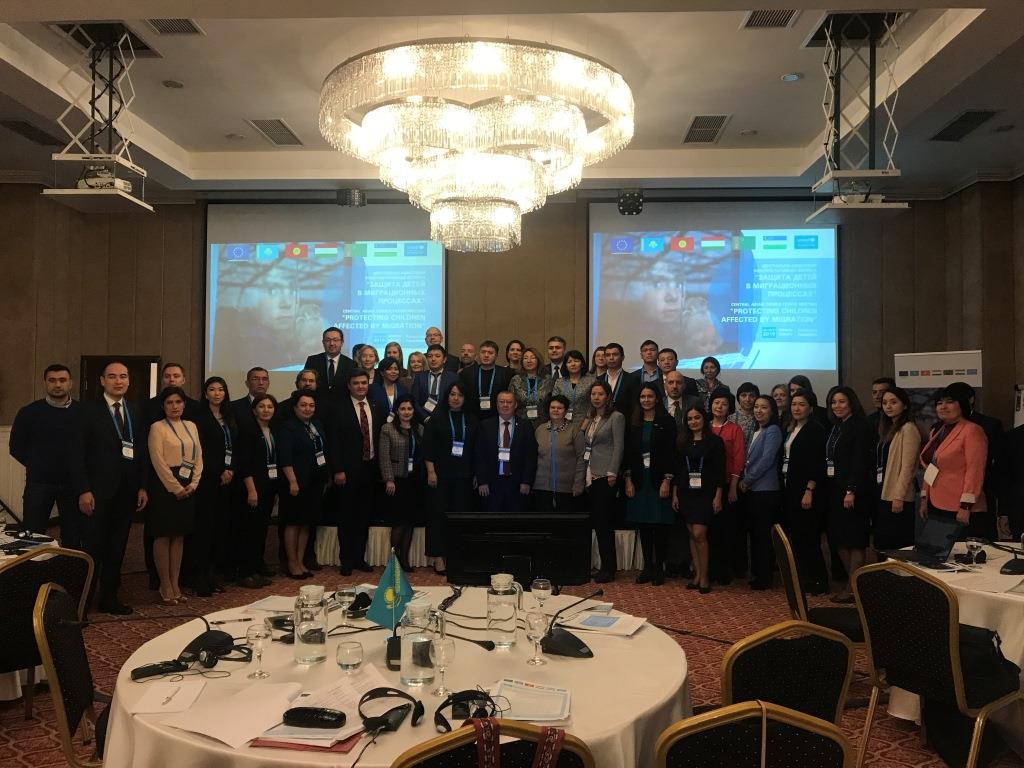 On November 14-15, 2019, staff members of the Institute Ainur Mazhitova and Gulden Yemisheva participated in a subregional consultation meeting in the context of the EU-UNICEF Multi-Country / Interregional Program "Protecting Children in Migration Processes in Southeast, South and Central Asia" in Almaty. During the meeting, the results of the analysis of the situation of children in migration processes in Central Asia, conducted by the Public Policy Management Institute(Vilnius, Lithuania) together with the Higher School of Economics (Moscow, Russia) and the Public Opinion Research Institute (Nur-Sultan, Kazakhstan) were presented.

On October 31, 2019, the International Forum of Scientists and Experts "Unity in Diversity: Kazakhstan and International Experience", dedicated to the 10th anniversary of the Scientific and Expert Council of the Assembly of the People of Kazakhstan, was held in Nur Sultan. Within the framework of the Forum, Botagoz Rakisheva made a report "Historical memory: methodology, results, opportunities", which provided the results of a comparative sociological study of 2010 and 2018, which reflects the dynamics of the state of historical memory in society.

On October 8, 2019, Botagoz Rakisheva presented a report entitled "The Legacy of Repression in Kazakhstan" at the Nazarbayev University at the conference "In the Gulag Shadow: Prison and Society in Kazakhstan and the Former Soviet Union". The conference is organized by the The School of Humanities and Socisl Sciences and of Nazarbayev University. In her speech, Botagoz Rakisheva raised pressing issues of the consequences of repression in Kazakhstan based on the results of sociological studies on this topic.

On October 7-8, 2019 in Nur-Sultan, an international conference "Values: what unites us and what distinguishes us" was organized by the Representative Office of the F. Ebert Foundation in Kazakhstan and the Institute of World Economy and Politics under the Fund of the First President of the Republic of Kazakhstan. Within the framework of the conference, a sociological study and the book "Values of Kazakhstan's society in the sociological dimension" were presented.
The study "Values of Kazakhstan's society in the sociological dimension" was conducted in 2018 (n = 1600 respondents). For its implementation, the Representation of the Friedrich Ebert Foundation in Kazakhstan gathered the maximum number of scientists with different research experience from various research organizations and universities that were united by one goal. The project team that developed the concept, program and research toolkit included Leonid Gurevich, Saltanat Ermakhanova, Zhanar Zhandosova, Fatima Zhandosova, Gulnara Ismukhanova, Yulia Kuchinskaya, Gulnar Nasimova, Botagoz Rakisheva, Zhanar Tulindinova, Botagoz Turekhanova, Tolganai Umbetaliyeva, Dina Sharipova. A number of project team members later became authors of the chapters of this book. http://www.fes-centralasia.org/ru/statja/ceenosti-kazaxstanskogo-obschestva-v-sociologicheskom-izmerenii.html 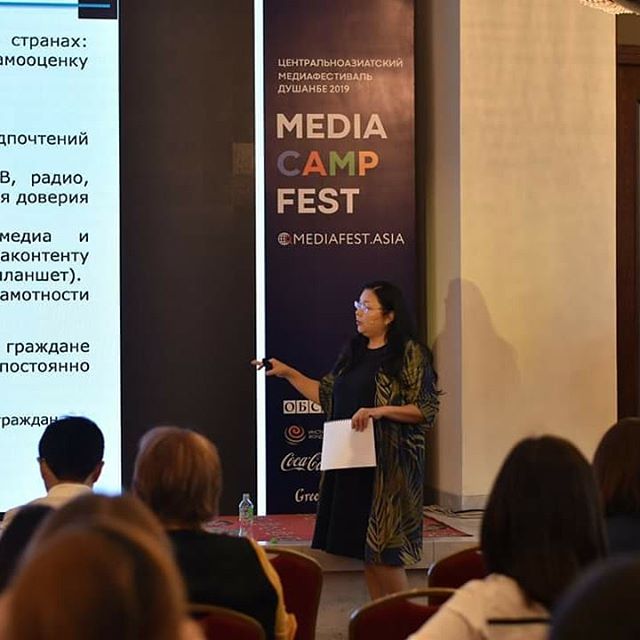 On September 19-21, 2019, the Central Asian MediaCAMP Fest was held in Dushanbe (Tajikistan), the largest festival for media professionals in Central Asia aimed at developing a balanced information environment in Central Asia in order to increase the openness of youth and adults to the exchange of ideas, opinions and points of view. The organizer of the festival is Internews. During the festival, the Director of the Institute Botagoz Rakisheva presented the preliminary results of the sociological study "Media Consumption and Media Literacy in Central Asia" (Kazakhstan, Tajikistan, Uzbekistan), commissioned by Internews.